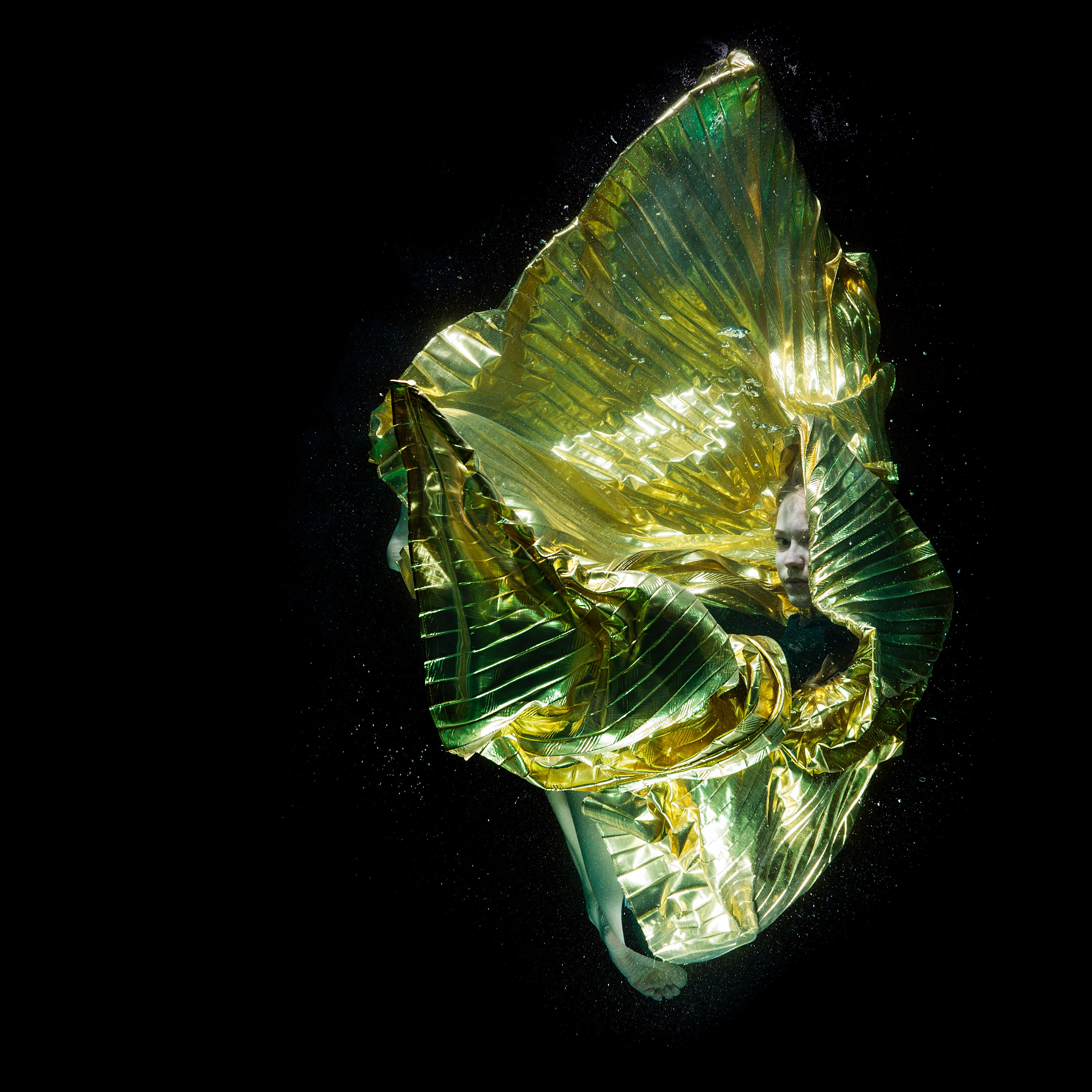 Will ‘all-natural’ make it all better?

Everything is made of chemicals – the air you breathe, the skin on your face, the food you eat, it’s thanks to chemicals that these things exist. In the health and beauty industry in particular, the word ‘chemical’ is too often synonymous with ‘artificial’ in the negative sense, predominantly thanks to fear-based marketing campaigns. It has been designed to provoke images of chemical waste plants, nuclear sludge or poisonous pesticides. The truth is, it’s not a simple blanket term for ‘toxic’, ‘cancerous’, ‘unnatural’ or ‘unsustainable’ as some would have you believe.

Without naming and shaming, I’ve seen some big ‘all-natural’ brands go as far as to state that if the name simply doesn’t ‘sound natural’, you can’t eat it or you can’t pronounce it, the ingredient should be avoided. Well would you really want to eat a mud mask? Furthermore, here is the full list of the 100% naturally occurring ingredients in a Pineapple:

‘Octadecatrienoic Acid’, those E numbers and ‘1-(E,Z)-3,5-Undecatriene’ in particular don’t sound too ‘natural’. An ingredients list requires that the proper scientific names of chemical compounds are documented, as above.

Inaccuracy is easy because the truth is always more complex. Understanding just a few things about what chemicals are, where they come from and how they react with each other can help you sort the concrete from the crap when it comes to industry terminology.

NATURAL : chemicals that exist in nature without human intervention. This is currently an unregulated term within the beauty industry, much like the term ‘organic’. If a product contained even just a small amount of natural or organic ingredients they would legally be allowed to use this label on the packaging.

It is useful to check that products have been certified by an independent organisation such as SOIL / COSMOS, that can attest to high standards. However it should be noted that these are still commercial bodies and often charge a hefty fee for their services, which deters many smaller brands that still contain great ingredients.

NATURALLY DERIVED : Chemicals created from products that naturally occur in nature e.g. silicone could technically be classed as ‘naturally derived’ as it is made from silica, which is sand. Therefore some brands have their own definitions of what this should involve.

SYNTHETIC : Man-made materials, created using methods different to the naturally occurring processes that exist in nature. However where it gets confusing is that the chemical structure of a synthetic ingredient may or may not exist in nature, as you can get synthetic copies of natural ingredients. The structural formula of vitamin C can be naturally derived or it can be purely constructed in a lab. The structure of the end product and how it reacts will still be the same.

This is why it’s not as simple as labelling synthetic ingredients as ‘bad’ and natural ingredients as ‘good’ – they each have their advantages and disadvantages, some of which we shall explore. There are naturally occurring poisons just as there are synthetic ones. It all comes down to context, dosage and intention or purpose. One of the most toxic chemicals known to man is Botulinium Toxin (Botox) – an entirely natural protein (neurotoxin) that is produced by bacteria. The context is important because the proteins are isolated and purified for clinical use, the dosage is important because in small amounts it will not be fatal and the intention is important because in this case, the effect it has on paralysing the facial muscles is actually the desired outcome.

It just so happens that many of the chemical compositions that exist in nature are highly compatible with the body. Nevertheless, as mentioned, it is possible to get synthetic copies of these ingredients, most of which are prone to stricter regulations by the FDA and have therefore been more extensively studied and tested.

Even in the realm of organically labelled foods, organic farming can still use natural or naturally derived pesticides according to the USDA, however much less is actually known about these alternatives and their longer term effects on human health.

Obtaining the right concentration and balance is crucial. A natural ingredient that is not purified may be at a concentration that is not potent enough to be effective in achieving the desired outcome. This does not mean to say that natural ingredients are necessarily gentler either, natural essential oils are some of the most irritating ingredients around, which is why they must only ever be included at low doses for topical use on the skin.

In fact, products specifically designed for people with hypersensitivities (eczema, dermatitis etc.) are mostly 100% synthetic. Naturally derived ingredients usually still carry some chemical residue from the other components of the source, which can cause allergies or sensitivities in people prone to such reactions.

Using purified extracts instead of the whole natural source is more likely to ensure a good level of quality and safety. A suitable example is the Butterbur plant, which contains an anti-inflammatory compound called Petasin. This is often used as a natural remedy for migraines, yet the plant as a whole also contains Pyrrolizidine alkaloids (PAs), which have the ability to cause liver damage. The extracts must be artificially purified before use in order to remove these.

In summary natural ingredients are not safe by default and the safety of an ingredient depends on its structure and dosage, not its origin.

It is a common misconception that man-made alternatives are more ‘toxic’ and less safe, so where did the bad reputation come from? I believe this is due to an amalgamation of the confusing messages in the media, creating a mistrust of often poorly communicated and ever-evolving scientific literature, the poor choice of materials by some large corporate brands that have mistakenly prioritised profit and margin, over safety and quality, and the scare-mongering marketing campaigns that have subsequently ensued to capitalise on this.

Some synthetic and natural ingredients have been widely used in the past, before later being found out to be potentially hazardous to human health. An example is lead in lipstick, which is a naturally occurring metal. The Breast Cancer Awareness Ditch The Junk campaign also highlights ingredients such as parabens and aluminium (also naturally occurring) in deodorant, although the jury is officially still out on ingredients such as this, most people would understandably rather be safe than sorry.

The instinctive appeal to nature fallacy is strong, it seems to be something that is hardwired into our psyche, perhaps we don’t trust each other and ourselves. We should take a moment to appreciate just how much we have collectively achieved. Not everything is better going ‘back to basics’ or ‘leaving it to nature’. Take childbirth, before the intervention of man-made medical assistance, this was one of the deadliest risks to a woman’s life. It is still a major cause of death in developing countries that don’t have the same ease or quality of access to such artificial care. As misrepresentative scare stories and misinformation online pervades, this is something we’ve come to take for granted.

Whether or not chemicals are natural or synthetic, how they interact with each other and with their environment should also be considered. Take table salt as an example, the chemical structure of this is NaCl (Sodium Chloride). It can be found naturally in the sea or it can be produced artificially as below:

Combining two ingredients together and letting them react causes a chemical change in its structure. Providing the right amounts and conditions for the two un-edible reactants above, we have created a safe and edible result (table salt).

The structure of the end result will be identical to the structure of the salt in the sea. Sea salt is often marketed as being healthier than table salt. Such a claim is unsubstantiated as the nutritional content is not dissimilar and the amount of sodium is comparable. Most artificial table salt will also have iodine added to it, which helps to maintain a healthy thyroid. Yet many would agree that the pull towards the origins of sea salt vs. the origins of table salt is naturally in one direction…

As mentioned previously, natural ingredients are often less pure as they can contain some residue from the source, however this is not always a bad thing. Himalayan Pink Salt for example, contains small amounts of calcium, iron, potassium and magnesium, as well as slightly less sodium than regular salt. These would have to be added to the synthetic version, as with the iodine, in order to achieve the same result.

Despite this, synthetic ingredients can produce a higher yield and may subsequently be more environmentally sustainable, as they prevent over-harvesting of what may become an endangered species. A good example is Cetyl Alcohol, a moisturising ingredient that was originally obtained from Whale oil. This species was once hunted to near extinction for its oil, whereas now the exact same ingredient can be manufactured synthetically in a lab.

My personal view is that a blanket ban on one category of ingredients is a lazy approach to better standards. The question is not about whether or not an ingredient is natural or synthetic in its origins, it should be: what is this chemicals structure? Is it from a sustainable source? What are the possible side effects? Is it in a dosage and context fit for its purpose? Has this been demonstrated to be safe both long term and short term? Hence every chemical, whether natural or synthetic, should be assessed on a case-by-case basis to determine its suitability.

In terms of skincare, I think that if you are looking for something that is 100% natural, you could be better off creating a DIY recipe from trusted resources at home. Natural products are much more prone to going rancid and so have a short shelf life. When I buy skincare I want it to be something that I wouldn’t be able to easily create myself, something that is effective and potent without compromising on safety by being subject to rigorous testing and quality assurance standards. This is where getting the right balance between synthetic and natural comes into play and it takes a team of experienced cosmetic chemists, a thorough review of the scientific literature and a dedicated provider to figure that out. A constant demand for innovation can only be a good thing.