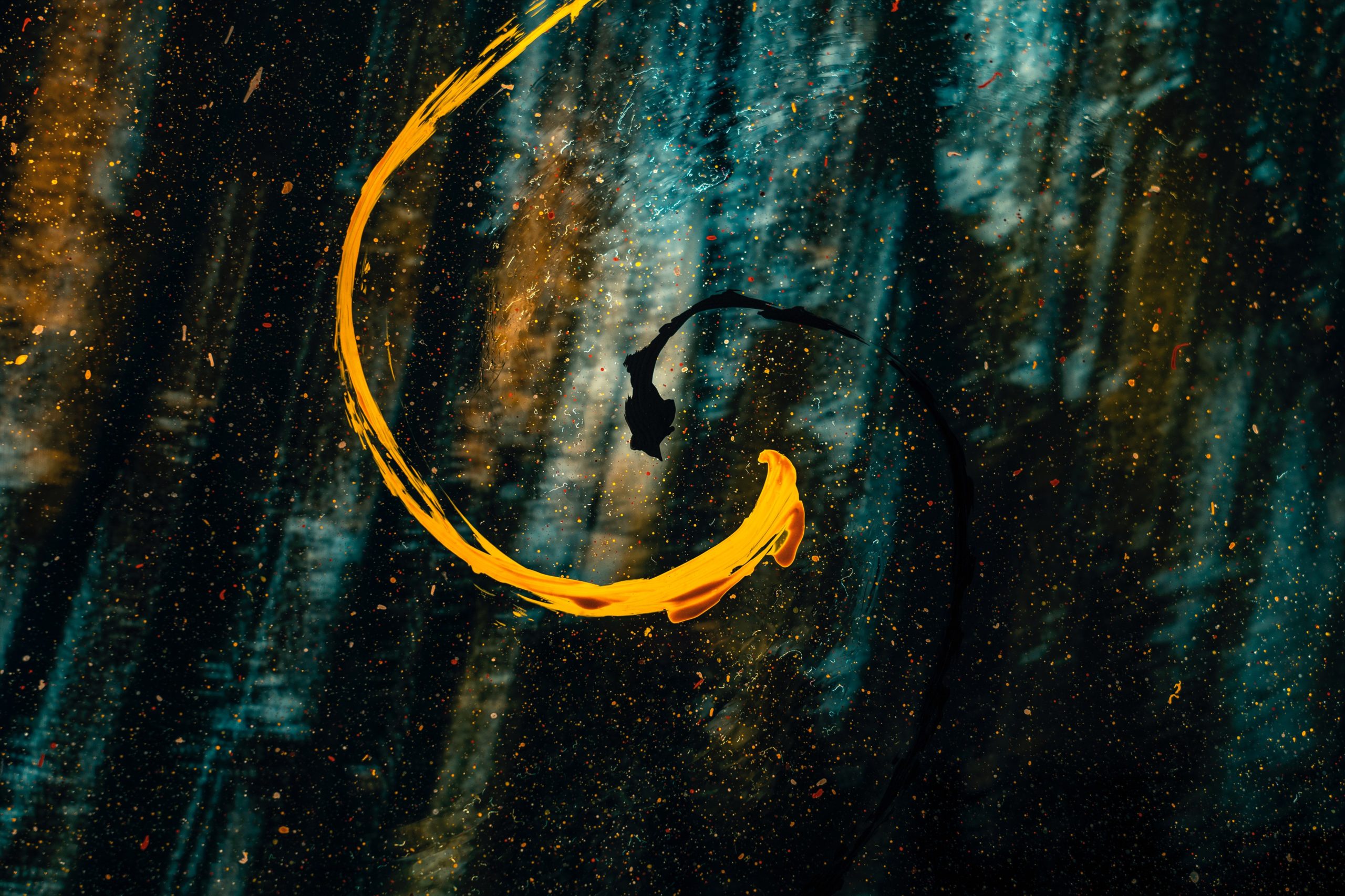 The Endocannabinoid System (ECS) is an extensive part of human physiology – with receptors in almost every organ of the body including the lungs, heart and brain. This signalling system is comprised of CB1 and CB2 receptors, with CB1 found mostly in the central nervous system (CNS) and CB2 primarily in the peripheral nervous system (PNS).

The ECS therefore regulates many functions within the body including sleep, mood, appetite, fertility, and memory. Whether or not you are a Cannabis user, you have an ECS that regulates your overall health and wellbeing, and your body produces its own natural cannabinoids as part of this.

According to Dr Ethan Russo, a board-certified neurologist and psychopharmacology researcher:

“There are more cannabinoid receptors in the brain than there are for all the neurotransmitters put together.’ The significance of cannabinoids for the body is undeniably important – and the ECS has the potential to have a powerful impact on the body. It’s a significant part of the makeup of every human being, and can have a substantial impact on our health.”

Yet as a proven system, discovered as early as the 1980s, it’s still not a part of mainstream medical curricula. There certainly seems to be both a place and demand for endocannabinoid education, so why is this?

A curriculum that’s decades behind

Medical school is already a lengthy and challenging process, and by the end, students often still feel as though they are starting from square 1 and feel relatively ill-equipped for the jump to life on the wards. It’s therefore not hard to see why fitting new material into an already dense curricula is difficult.

The issue is compounded by the need to attempt to keep up with exponential rates of progress. The industry is constantly discovering, evolving, adapting and changing, but sometimes our old frameworks can hinder this progress, or keep us stuck. Our understanding of human physiology on both a reductionist and emergent basis, is constantly being updated. Doctors and students alike participate in a lifelong learning process to ensure they stay up to date.

Studies worldwide have been articulating the life changing potential of the ECS since 1992, however when reached for comment, most medical schools say they simply do not have the space or time to include it on the curriculum. According to Dr Ethan Russo, the common response is that institutions would have to remove something else from the curriculum in order to make room for such new developments, something that they feel they cannot afford to do.

“The medical curriculum is just jam packed, I went to medical school in the 70s, and even at that point there was just no slack in the schedule. What one has to cram into particularly the first couple of years of basic science, is rather astounding. And now there’s been an additional 40 years of scientific discovery that also has to be incorporated. Administrators are always going to be defensive about that. The typical response is ‘what will we eliminate?’ However, that ignores the scientific importance of this system and its fundamental role in regulating physiology in every aspect.”

Understanding how The ECS operates, is integral to understanding how every other system in the body works, therefore the curriculum should be incorporating its role throughout. So far this has not been done, perhaps because it would call for a sweeping overhaul of the way medicine is taught. It is the belief of Professor David Nutt, who has dedicated his life to such a field, that ‘cannabis has to potential to usher in new paradigms in healthcare’.

The ECS as integral to all other major systems

It is of course easier to continue with the old, than to have to go through the uncomfortable transition period of breaking everything down to make space for the new. However, Dr Ethan Russo explains that “one could easily argue that you can’t understand how neurotransmitters in the brain work without knowledge of the ECS.” This also implies that there are more opportunities for cannabis to work with the body than conventional pharmaceuticals.

The ECS is responsible for maintaining homeostasis, which is the body’s natural balance. It ensures the optimal functioning of all systems, and is often described as the way the brain communicates with the body.

“Everything in the body is connected, and this is the glue” – Dr Russo

When the ECS is not functioning correctly, many other systems are affected as a result. Endocannabinoids have been observed to directly and indirectly affect a variety of physiological systems that influence appetite, pain, inflammation, thermoregulation, intra-ocular pressure, sensation, muscle control, energy balance, sleep, stress, motivation, mood and memory.

All of these things have the potential to impact the quality of our daily lives on a grand scale. Chronic illnesses are deemed to last 3 months or more and are medically ‘incurable’. Affecting a large proportion of the population, it could be that we are missing a large piece of the puzzle.

One argument for not including The ECS on the curriculum is that there have previously been no pharmaceutical drugs that interact with it. This is a bit of a catch 22, as how will there ever be enough drugs to interact with a system that is not even taught? However, this is already rapidly changing.

The first FDA approved Cannabinoid Medication was Epidiolex, in June 2018, which is used to treat a rare form of childhood epilepsy. As Cannabis legality spreads, cannabinoids are likely to be increasingly incorporated into drugs and used to treat all kinds of ailments.

However, there are still many obstacles to overcome, as guidance on usage and dosing is relatively lacking, prescriptions can often still be difficult to obtain. There is another catch 22 when it comes to research. Cannabis still holds an official status as a ‘schedule 1 drug’ which has ‘no currently accepted medical use’. We already know this to be untrue, however the War on Drugs has for a long time made this difficult to change.

According to Dr Russo, the prevalent stigma around cannabis affects the lack of research and teaching, despite endogenous cannabinoids playing a role in the ECS regardless of cannabis use. “One has to imagine that a prejudice against cannabis, a fear of cannabis, and lack of funding is spilling over into a pejorative effect on education about the endocannabinoid system”.

With people like Dr Russo paving the way forwards, there is hope that over time things will begin to change for the better. The progressive, university of Maryland School of Pharmacy now offers a Master of Science (MS) in Medical Cannabis and Therapeutics. Associate Dean Andrew Coop explains:

“The reason we started the programme was because so few programmes focus on the health benefits of Marijuana. The pluses, the minuses, the strengths, where further research needs to go, where the indications have good, strong evidence, and where there is no strong evidence. We are teaching 150 students at the master’s level to understand all aspects – but also to be able to critically assess what the current state of the art says and doesn’t say, and what further studies need to be formed so that we can move forwards in a systematic manner…. To me, the bottom line is that we need to change at the federal level, such as the MORE ACT, before we’ll see more medical schools include it in their curriculum. Once we get things such as the decriminalisation of Marijuana, I predict more schools will include it. There is a want and a need for education in all aspects of Marijuana.”

The course is holistic in nature – comprising not only of scientifically dense material such as ‘genomics and pharmacognosy’, but also the rich history and culture of cannabis and its use. However, until plants such as Marijuana are legalised, the research and development will be undeniably delayed.

Those with chronic diseases suspected to be associated with ECS malfunction must wait. Dr Russo is still waiting on funding to be able to get the resources needed to be able to provide things like a diagnostic test for fibromyalgia, something that could change the lives of millions.

“The failure to address ECS education appropriately is in unforgivable breach of scientific trust, and a major disservice to public health”.